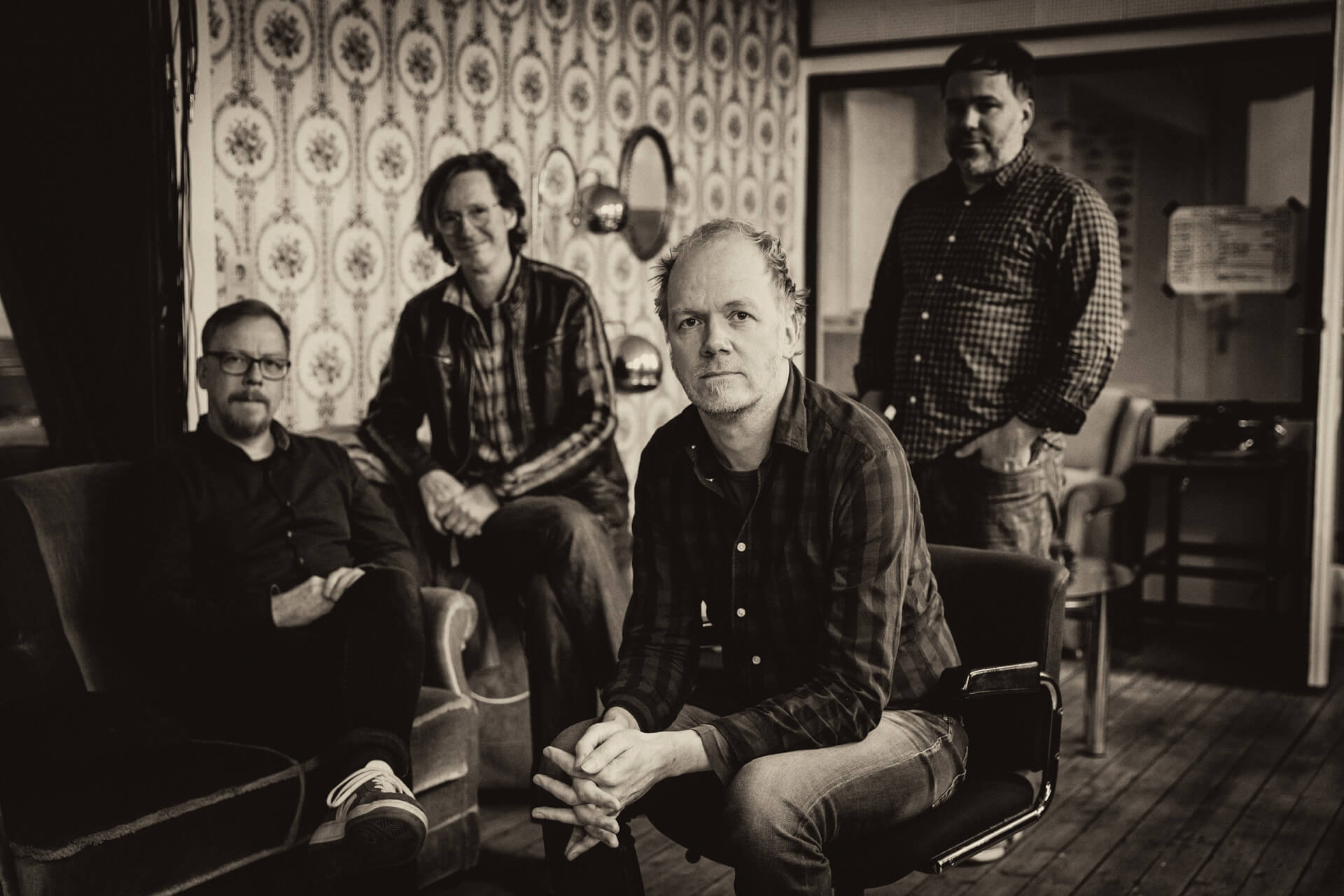 Bevor a plane takes off, security announcements will be made – what to do in this or that unlikely event. The voice in the overhead speakers will talk about oxygen masks, too, in case something will be wrong with the cabin pressure. These masks consist of three parts: tube, mouthpiece and airbag. To prevent panic, the voice will tell you this:

»Bear in mind that even if the airbag does not inflate,
oxygen will flow«.

Oxygen will flow. That’s the title of our fourth record, because the image is fitting: When things are really bad, there will be help – even if you don’t realize. It’s a good description of what I am trying to convey with these new songs. They are about chronic sadness, fear, dissociation and the ugly feeling of not being part of reality. At the same time, they are about stillness, inner work and the experience that one thing is always there: your breath, the stable pillar, always solid. Put simply, the record is about the relation between depression and meditation.

For a long time, I felt that the job is to fight dark times by thinking them away, willing them away, medicating them away or denying them as successfully as possible. Today I would say I’d rather recognize the invitation hidden within them – to learn something and to integrate something. In my experience, fighting a crisis with all my strength only leads me to sliding deeper into the downward spiral. It’s a little like sinking into quicksand – your best chance is to be still and spread your arms.

»Oxygen Will Flow« was recorded in Bremen, Germany, at Studio Nord, one of the oldest recording places in the north of Germany. In the 50s and 60s a number of legendary Schlagersänger have produced their records here. Now it’s the likes of Rhonda, Niels Frevert, Stoppok, Thees Uhlmann and other current German indie songwriters or bands. The huge recording room is well known for its amazing sound, and inhouse producer Gregor Hennig knows how to place many ancient microphones to create a warm, organic and voluminous sound.

Our drum recordings there set the sound for the whole record. To me, these new songs express something more subconscious, as if they are coming from a deeper place, hidden from the light. At the same time, I sense something warm and kind in them.

A few moments that make me happy: The middle part of »Gone«, when the flutes and clarinets left and right of centre open up a wide room. The lyrics of »Tailored Burden« – they are a reflection of what this record is about. The saxophone on »Charm of Men (Reprise)« – I wanted to enlarge our choice of instruments and asked my dear friend Dino Soldo (Leonard Cohen, Lionel Richie) to play flutes, clarinets, oboes, trumpets and saxophone. The string quartet on »Bitter Winds« – my friend Johnny Parry from Bedford, UK composed the arrangement. It was recorded by another close friend – Richard Neuberg (Viarosa) from Oxfordshire, UK.

Two of the four instrumentals on the record are named after places in Cornwall, South England. »Trelissick Garden«, is an old subtropical garden with a huge manor house in it. »Lusty Glaze«, is a beach the Atlantic has licked into the coast for thousands of years with its salt water tongue. Both places have an enchanted quality to them – I love it there. I recorded the acoustic guitars for both songs straight into the memo-app of my smartphone. You invest all your money into expensive studio equipment, and then that!

The album was mixed by Simon »Barny« Barnicott, in Kent, UK. We love a number of records he has done. The debut album of the Arctic Monkeys, »Conditions« by Temper Trap, »Keep Calm and Cary On« by the Stereophonics and »Sun Leads Me On« by Half Moon Run. He mixed Sam Fender’s debut record, too. The master was done by Frank Arkwright at Abbey Road Studios, London.

We mixed and mastered our last two records in Nashville, USA, which brought a massive change to the sound of the unprocessed recordings – they transformed them into something much greater than we could have achieved. This time we realized that the recordings at Studio Nord (and in my own studio across the road) already had the character we were looking for. During the mix, Barny enhanced them in a beautiful way instead of turning them into something else.